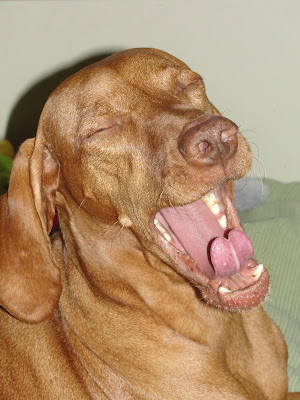 Whew!  One week down.  I feel like I can relax a bit now.  Pixie is protective of him as she should be but not any more than before or than normal.  Anyone can pick him up under her watchful eye and Roady is allowed to walk by the box so long as he keeps on moving and doesn't pause to ponder the possibilities of actually getting close enough to sniff at the scary little beast. 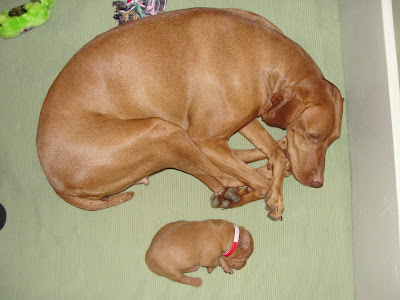 Mini-Me.  To think that one day he will be bigger than her is amazing.  At the rate he is eating it wont be too long from now either.  He has gained a full pound since birth and his collar has been let out twice. He weighed in at 1.68 pounds today having gained 3+ ounces since yesterday. I'm going to have to get video of his oinking when he eats.  It's not synchronized with littermates which is always interesting to hear but it is pretty cool anyway. I don't think he is going to have any trouble handling his cousins' size when he meets them in a bit over a week. http://fawavizslas.com/FAWA_Kai&Bud_puppies.html 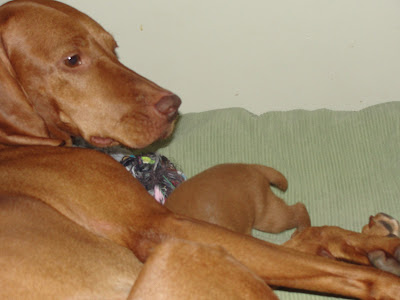 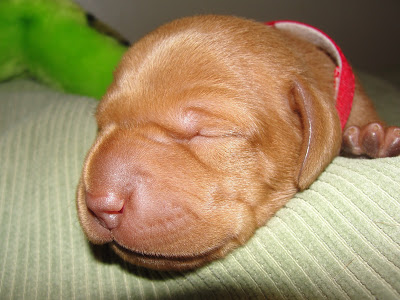 He likes to rest his head on the various lumps and bumps under the bedding.  Funny, he looks much cuter in real life than in this picture.  I'm doing something odd with my pictures. 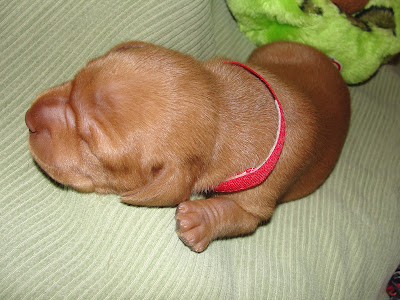 I did nails again last night with clippers.  I think I'll try alternating between clippers and grinders for future trimmings.  It sure would be nice to be able to grind them down so they would permanently stay short.  As much as i love short nails i hate doing them.  It's time for the big ones to be done again!  Never ending!