Here's how the morning has been starting lately.  Please take note that the time is 4:20.  Yes that is AM.  Let me just say that they aren't that cute that early in the morning.  They got tossed some dry kibble and made sure their water was full and I went back to bed for the 15 minutes I had left.  The crying by Nimble and Jack continued so back to the puppies I went.  Turns out that they actually needed to poop!  Good boys.  All three outside.  They did get started on their zen program today.  No one got taken out until they were quiet.  Quick had fallen back to sleep so he was first (not much learned there) followed by Nimble and then finally Jack (he is his mother's child).

Newly-returned-to-OH Lisa and her friend Stephanie came by and visited with the boys who were sort of on their best behavior.  There was some inappropriate chewing but what else can you expect from 5 week old pups?  They also were visited by Wendy and Susie's mom Jan and the girls. 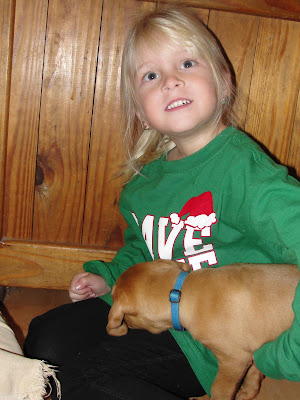 I've also added some pics from their Thanksgiving field trip. 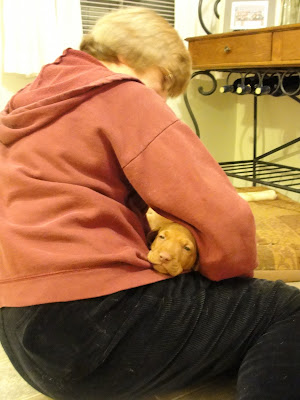 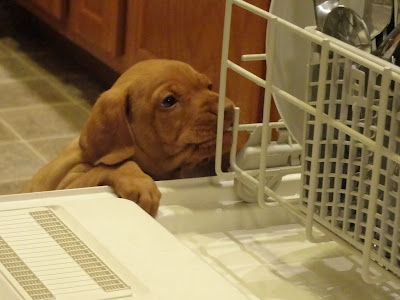