Nimble is!  This morning Jack was playing with Roady's 2qt metal dish.  Nimble stood watching, pounced in, picked the bowl up and carried it away!  This is totally Pixie taught as she is always carrying a bowl around if not a shoe.  Did I get pictures of it.  NO!  But I got others. 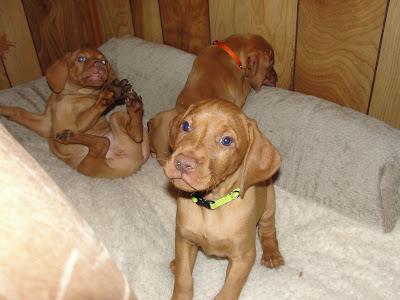 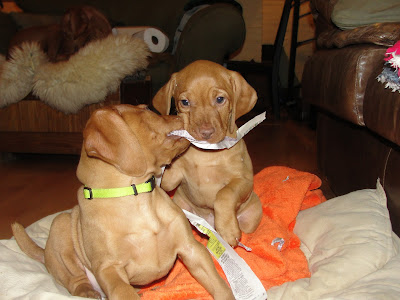 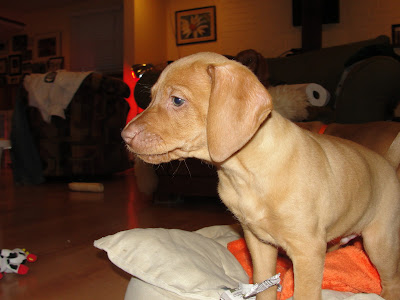 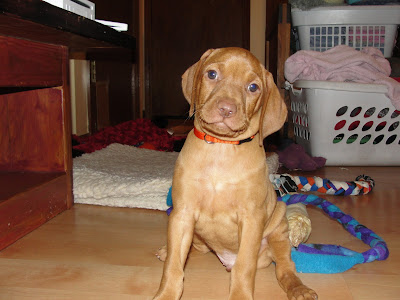 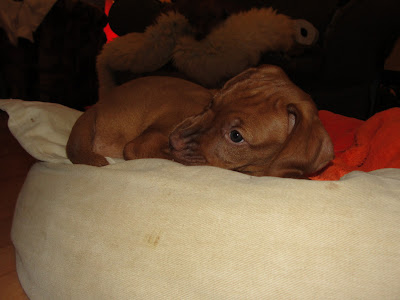 The boys had a great day today.  Field trip!!!!  They went to Wendy and Ed's house for the day while I went to Drew's wrestling tournament.  They had a ball with Grandma Lannie and Auntie Aerial.  As expected they acted like they had always been there and tried to run things.  Lannie had to let Quick know that she is Her Royal Highness The Queen and that she should be respected at all times.  Apparently he was a little slow on learning that lesson.  They played under the deck, had fun with Auntie Aerial and The Queen, saw Susie and the girls, and took some good naps on the couch with Wendy and Ed.  I'll post pics when I get them.  Thanks for giving them a great outing!
Posted by Pam Williams at 10:20 PM