The Day The Teeth Arrived!

The teeth have finally made an appearance!  Maybe that is why Jack was such a complaining, whining beast last night.  They have all been a little whiny today and oddly have been sleeping together on one side of the box since last night.  Poor babies.

Visitors today were Susie and the girls as well as her older daughter, Janey, Janey's boyfriend and Wendy.  The puppies tried out their first sample of food.  Nimble and Quick actually got several bites of it.  Jack said "No way can that possible be food!"  Tomorrow will be a better day! 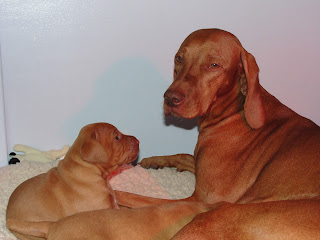 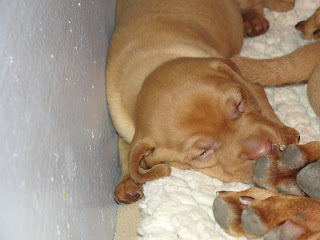 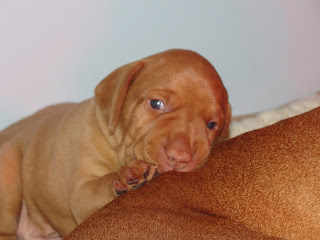 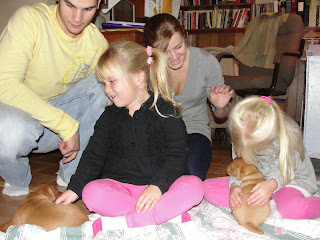 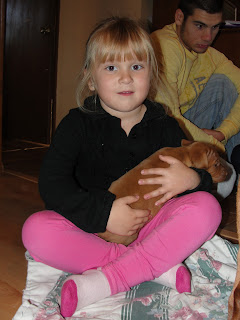 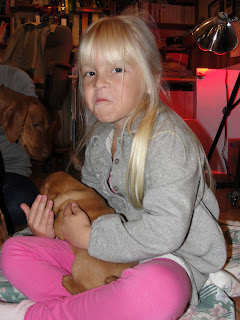 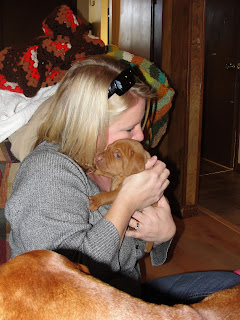 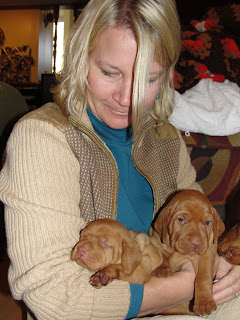