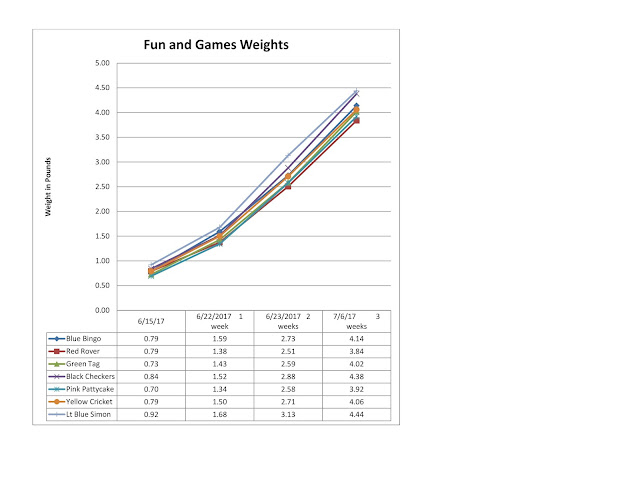 The pups are three weeks old! The vast majority of their time is spent eating or sleeping or eating again! So what else have they been up to?
They have been playing with each other and also Jinks.
Their play consists of chewing on each other and then promptly falling asleep.
Their eyes are fully open and ears are getting there.
They have been introduced to a potty area.
They have toys to play with now and, when awake, are beginning to play with them.
They have gotten their nails done multiple times now both clipped and dremeled.
They have been visiting with lots of people almost every day.
They have play time outside of their box at least a couple of times a day.
They are noisy and talky. I think we are going to attribute that to Grandma Potter since she has a thing or two to say ! 😛

Jinks got to go for her first run since puppies were born. She was quite happy about that. 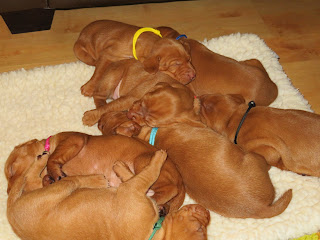 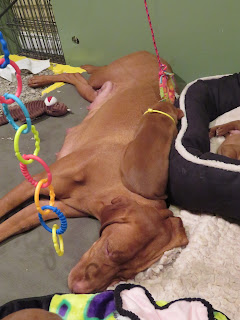 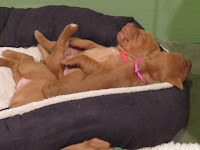 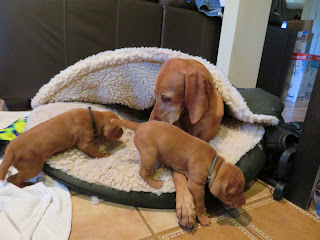 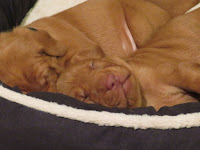 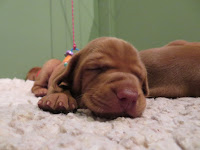 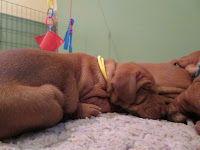 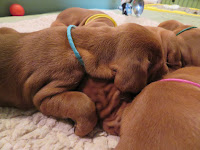 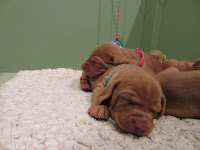 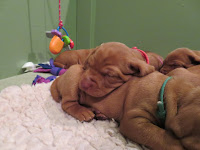 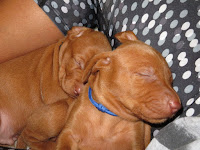