What Have The Beasts Been Up To

Over the last few days the pups have had several car rides, been to a new field, had an over-nighter, played in the basement playroom, learned to do open slated stairs, met a few new dogs, met people while crated in the car, started eating from their own bowls, started going on individual field trips and tonight will start being confined to crates at night.  During their nap (while we were eating dinner) someone did this: 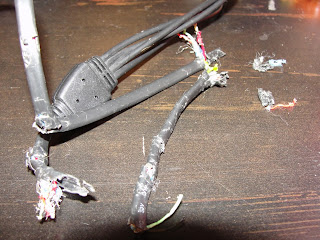 Yes that is the cord I used to use to connect my camera to the computer.  I was in the process of uploading some videos of them playing downstairs today.  I thought I had the cord hidden and not in their line of sight but apparently not.  The computer protected itself and shut down and no puppy had mouth burns so it worked out ok and thank goodness Mom showed me that I have a port for a memory card. There are videos at  http://www.youtube.com/user/drewwrestling?feature=watch.  Not all of them uploaded and somehow I've managed to delete them.  Perhaps that is the puppies' doing. 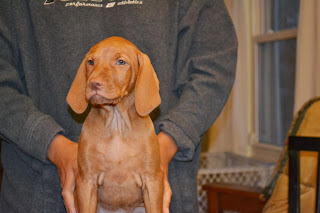 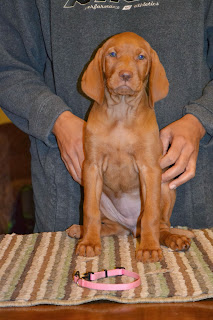 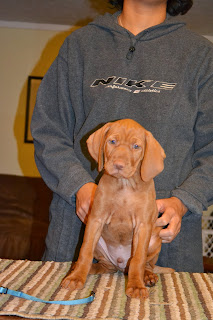 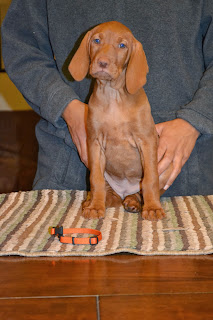 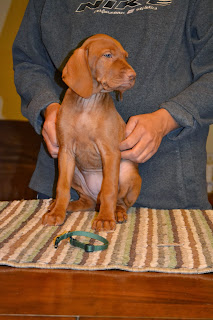 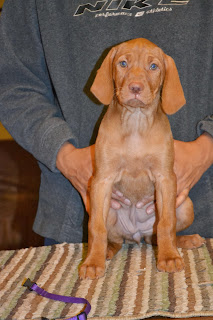 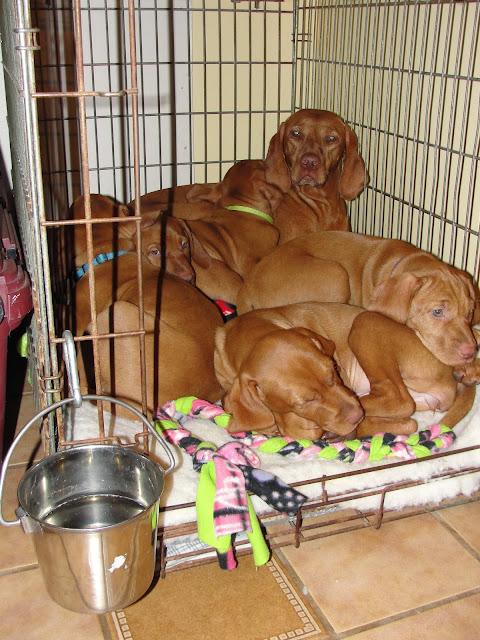 It's time to get them out for their last time of the night then into crates of two puppies each.  Morning is probably going to come very soon.