This afternoon we were invaded by Radar's cousins. Kai's pups are just about a week older than Radar and they are here for a 4 day visit today!   www.fawavislas.com

Radar's reaction is interesting.  He isn't intimidated at all and he interacts with them but he definitely considers himself an outsider.  Kinda like going to a sleepover and not knowing anyone there. He has taken to sleeping in one of the big dog crates when he is sleepy so I closed all of them and left him to his own devices.  It's funny how much a puppy can find to do when he isn't exactly sure where to go.  The Alphabet Bunch was sacked out in the big bed with plenty of room for one pup to add to the mix.  Radar had other ideas but sooner or later the Sandman wins out.  He finally climbed in the bed but slept so he wasn't touching anyone.  Then after the first wake up was over he climbed on to the bed as if it was no big deal but still slept without touching. It will be interesting to see how his highness so tomorrow. 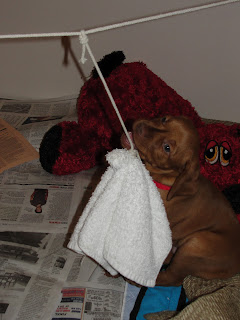 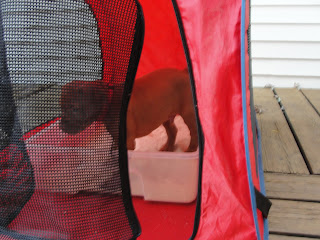 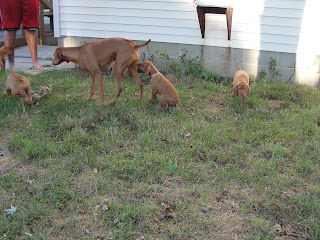 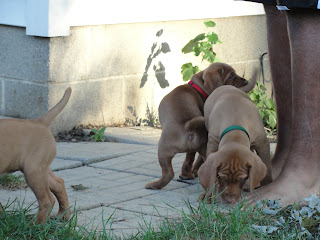 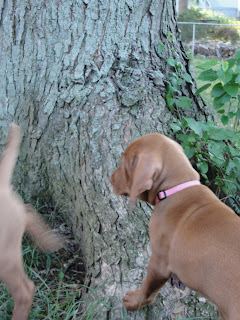 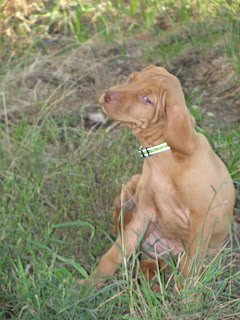 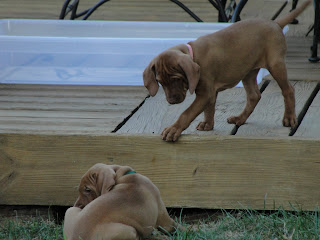 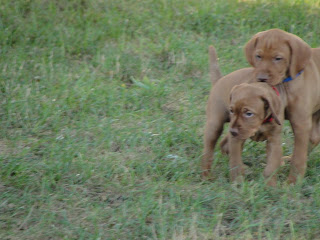 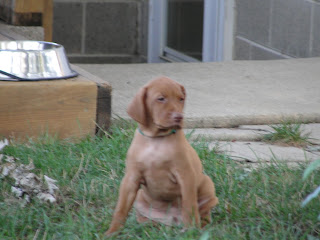 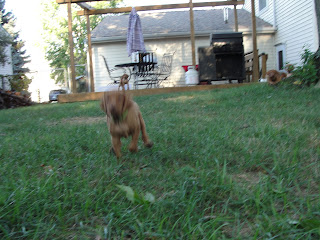 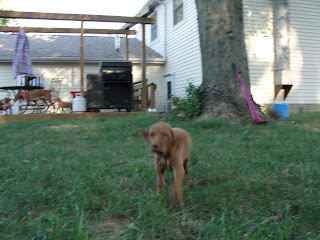 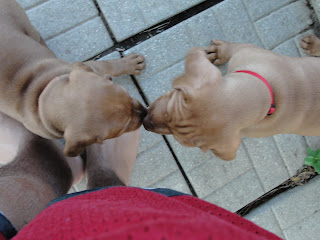 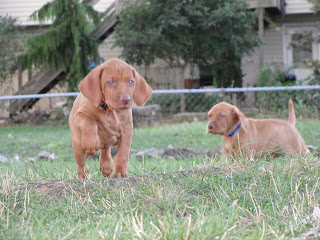 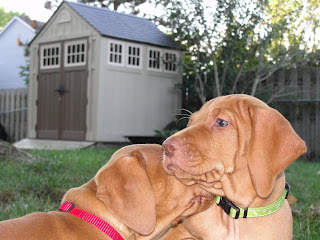