Radar had a great over-nighter and day at the Sunbury Street Festival with Wendy.  He payed with Auntie Aerial; got a little lesson in manners with Grandma Lannie and met all kinds of people at the fair including a few he has already met - Susie and her wonderful twin girls who live with Radar's half brother King.  He also met King.  We met at the park to get him back and went for a nice walk.  He had already taken a nap at the street fair so he was raring to go.

Trooper, who is still recovering from his abdominal surgery, thinks that Radar is in serious need of manners and he is just the dog to teach him some!  He did a very nice job of telling Radar that is no uncertain terms are they equals even though they are about the same size. 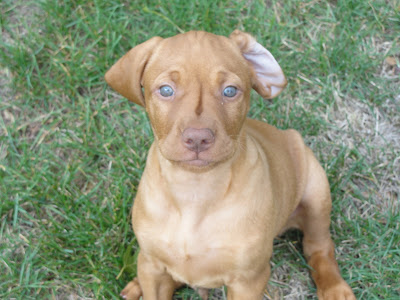 I've never thought he looked like Pixie until this picture.  Something about that little nose and those lips. 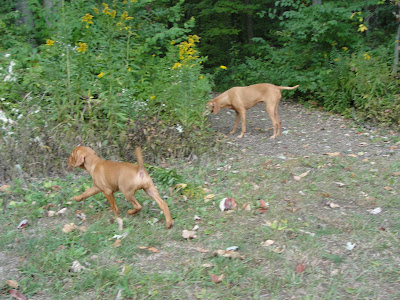 He has some serious reach and drive! 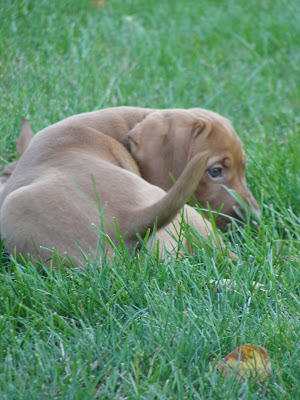 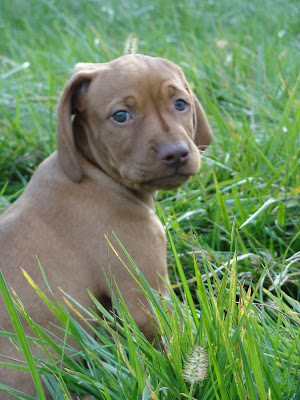 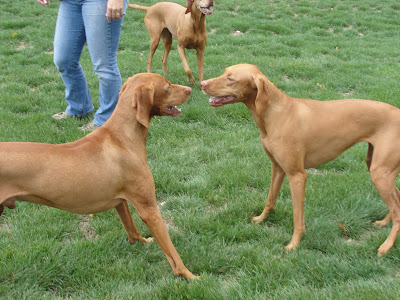 Uncle Rocket and Auntie Aerial started to have a wrestling match..... 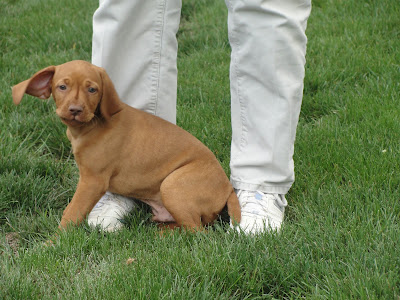 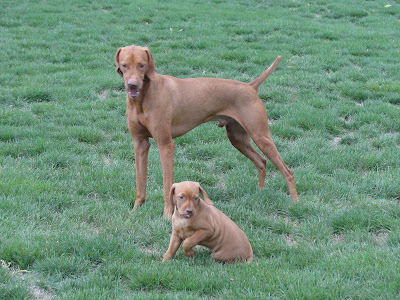 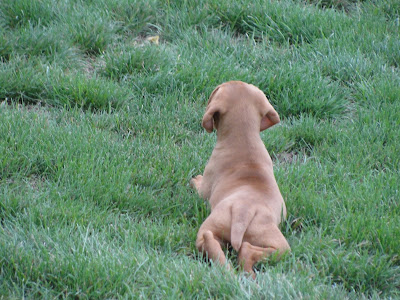 After his busy morning Radar started to get a little tired.  He's well rested now for his wrestling session with Pixie which is happening right now.Too bad it is going to end for now for a bath.  He was sitting in poison ivy in the woods and I don't need anymore of that!